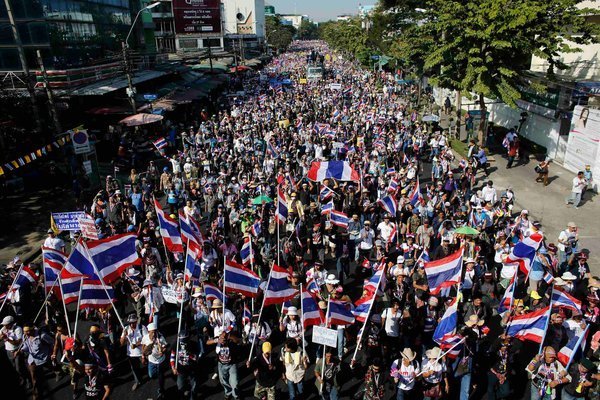 I was relatively early to Twitter, more through luck than judgement. I signed up in 2007 because I was working with a startup that had integrated Twitter and, as the youngest (and therefore apparently most technology savvy) member of the team, I was tasked with understanding how this new-fangled concept of ‘microblogging’ worked.

It wasn’t until late 2008, however, when I moved from London to Bangkok, that I really ‘got’ the service and became hooked. With barely a few hundred registered users in Thailand at the time and me being fresh off the boat, Twitter was an amazing way to make new friends and network for jobs, but its true value as a breaking news service became apparent in November/December 2008 when anti-government protesters blocked Thailand’s main airport causing chaos.

It’s a common situation played out worldwide. Local media struggled to keep up with developments while the population had no real way of staying abreast of the latest details. Twitter solved both of these, and began to appeal to Internet users in Thailand.

Twitter truly proved its value and became known to many (hundreds of thousands, or indeed millions) of people in Thailand when it became the de facto way to keep up with the political protests (and bloody crackdown that followed them) in Bangkok in the summer of 2010.

Fast forward to January 2014, and a new set of protests, and we’re back here again – Twitter remains in a league of its own when it comes to monitoring and publishing real-time news.

Most journalist – Thai and overseas – use Twitter to report the latest updates. But that’s not all, everyday people living in Bangkok post photos and updates, while translators and those who are multi-lingual help keep information flowing in English, Thai and other languages – it’s an incredible ecosystem that has grown around Twitter.

Thinking of doing an experiment: completely turning off Twitter tonight, rely only on word of mouth for the next week. #hmmmm

I take no pleasure in watching more protesters hit the streets and occupy roads – the threat of violence escalating all the while – but I do marvel at Twitter’s distributive qualities during times of crisis. The impact of drone-based photography and video has also been incredible, as I wrote about recently for TNW.

For those wanting to keep up with events in Bangkok, I curated a list of media and translators back in December which I will use to follow the events.

I’m having some issues embedding the list, but you can find it here or linked in my tweet below.

This list of 40 reporters/translators is how I’ll keep up with #bangkokshutdown developments - check it out https://t.co/QaeJmE9rnv

Note: this blog’s purpose is to muse over the use of technology and the Internet in Southeast Asia, I suggest you visit Asian Correspondent for details of the Thai political standoff itself.

The only way to be anonymous on the Internet…

It seems the NSA managed to gain access to Al Jazeera’s internal communications system, and that got me remembering some recent comments on Internet security. From someone highly qualified to speak on the subject. Only way to be... Continue →